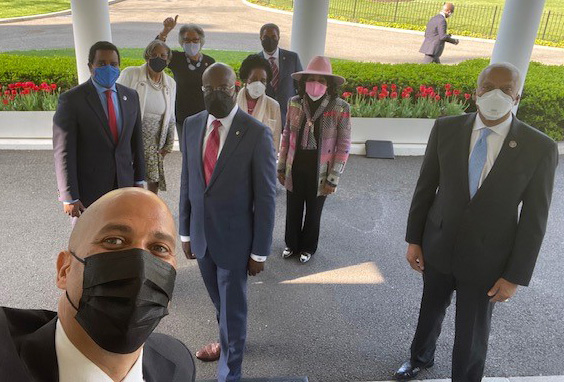 “I was encouraged by today’s meeting with the Biden-Harris Administration as we work together to get past the pandemic, rebuild our economy, address systemic racism, police violence and the twin curses of the wealth and health gaps,” said Johnson. “This administration understands us, but we must build on that understanding to secure voting rights, gun control legislation, equal pay for equal work and fundamental police reform. African Americans and Black men in particular have been harmed by these crises in our society for far too long. I hope working with President Biden and Vice President Harris – and their dedicated team – that we can begin to turn the corner with reforming our nation in a way that truly reflects equality and takes into account our diversity.”
Congressman Johnson is a senior member of House Judiciary Committee and the Chairman of the Judiciary Subcommittee on Courts, Intellectual Property and the Internet. He is also a senior member of the Transportation & Infrastructure Committee and the House Oversight and Reform Committee. Georgia’s 4th Congressional District includes parts of DeKalb, Gwinnett and Newton counties and all of Rockdale County.
Post Views: 414