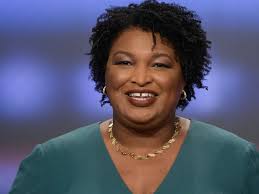 ATLANTA—Today, Fair Count, in partnership with the National Council of Negro Women (NCNW), launched the “Sisters for the Census” national campaign. The initiative focuses on getting black women and their families to participate in the 2020 Census.

“We know that Black women get things done,” Abrams said. “Sisters for the Census is for the women who make sure their families are taken care of and their communities are advocated for. Making sure that we get an accurate count of everyone in the house is a job for those of us who know what it means to be counted out.”

NCNW President Johnnetta B. Cole also shared sentiments about the importance of the partnership.

“You can count on the women of NCNW to make sure that each of us, and all in our families and communities are counted in the 2020 census. Securing needed resources and representations for our people depends on us getting this job done,” Cole said.

Organizers say today’s launch heightens a commitment to census participation across the country that will lead to long-term advantages for traditionally undercounted communities.

Fair Count and NCNW will assist with the recruitment of women across the country for census jobs, and they will work to form a rapid response taskforce that will be engaged during the Census Bureau’s Non-Response Follow-up Period to ensure that all Black women, children, and families are counted. Through their network of more than 30 affiliate organizations, NCNW reaches over 2 million Black women across the country. Organizers say the campaign aims to educate and engage the 17 million Black women who are estimated to live in the U.S.

NCNW and Fair Count plan to utilize digital outreach, phone-based efforts, and other strategies to safely engage women around the country during the COVID-19 pandemic.

The effort is critical. Census data will determine the allocation of more than $1.5 trillion in resources annually through more than 300 federal programs, guide reapportionment, and direct redistricting efforts throughout the nation. Inaccurate counts can lead to underrepresentation and billions of dollars in lost funds for communities that are in need.

For more details on getting involved with the ‘Sisters for the Census,” visit www.sistersforthecensus.org.