Election Day for Georgia’s runoffs is Tuesday, June 21, with several key races to be decided.

Rockdale Elections Supervisor Cynthia Willingham said the county is reminding those who plan to vote in person to go to their assigned precinct and carry identification with them on June 21, Election Day. Precincts will be open 7 a.m. to 7 p.m.

For more information, call the Rockdale Board of Elections Office: 770-278-7333or email absentee@rockdalecountyga.gov

Willingham issued the following breakdown of Rockdale’s early voting turnout for the Democratic and non-partisan run-off elections as well as a sample ballot for voters to review ahead of the electionsgmorgan: 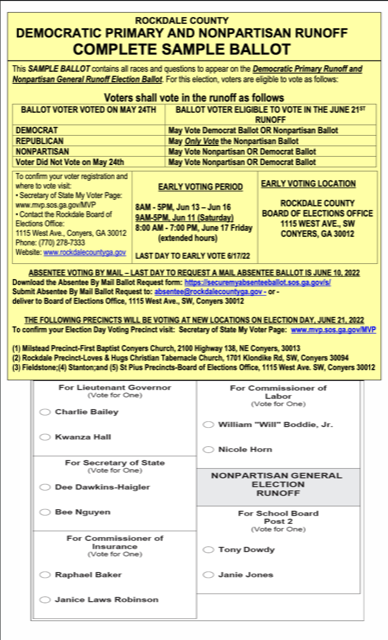